The 6Star O’Neill Evolution slopestyle course was built next to the halfpipe at the bottom of Jakobshorn mountain and featured two challenging features for riders to hit. The first was a kicker with two super poppy take-offs measuring 40-feet and 55-feet and the second was a choice of three rails including an up-flat-down box, a pole jam and a flat-down rail. Sebastien Toutant was on fire on the slopestyle course today and won the finals with a Cab double cork 1260 to a backside boardslide to underflip out on his final run. Seb had this to day about his win, "Second 6Star win of the season is so amazing today. To ride with my good friends and every run we were stepping it up. On my last run I was outside of the podium and stomped my best Cab 12 ever. I plan to go to BEO next and give it my best on the TTR Tour."

Fellow Canadian, Mark McMorris was able to put down a Cab double cork 1260 to frontside tailslide to 450 out after a hard slam on his first run to take second place. And, American rider, Eric Willet, who has been making a name for himself over the past two seasons in the contest scene took third place with a switch backside double cork 1260 to backside boardslide to 450 out.

Jamie Anderson (USA) rose above the pack to take the 6Star TTR O’Neill Evolution Women’s Slopestyle title with a backside 540 mute to a switch frontside boardslide-to-backside boardslide. Now sitting in the World No. 3 position, Jamie was super excited and had this to say about the day, "Today the event was really fun. The kicker was perfect and the weather was great. The progression for women’s riding was really high, which was awesome. After this I’m going to head to the 6Star Burton European Open and then I want to go to all the big TTR events." Sarka Pancochova was riding well to take second place and reigning TTR Champion, Enni Rukajarvi, was able to grab third place.

It was a close fought final in the 6Star TTR Men’s competition with the top three on the podium — an all Swiss affair of Christian Haller, Iouri Podladtchikov and Jan Scherrer — exchanging the lead after each heat.

"I’m feeling great. I wouldn’t have expected it — honestly!" he said. "I grew up in Davos and I grew up riding this pipe so it makes it even more speical than a normal win," said Christian. "It’s also a really good feeling to be on top with two of my best buddies."

Last year’s winner Iouri Podladtchikov had been leading after his second run of a Cab 720, Frontside Crippler, Backside Double McTwist 1260 and a Frontside 1080 Tail.

"I was thinking that I could have made it two wins in two years after landing my trick. But it feels great to have Christian in front of me. Of course it hurts a bit. But it’s Christian. If it was someone else I would probably be more pissed right now."

The surprise of the day came from the 16 year old Swiss rider Jan Scherrer who finished third after leading at the end of the first heat. "I was so surprised," said Jan who goes to school here in Davos. "It’s such a huge result for me!"

The 6Star TTR O’Neill Evolution 2011 Women’s Halfpipe event saw a tour de force with Kelly Clark dominating throughout — and the crowd gathered at the bottom of the Jakobshorn loving every move.

"I’ve never been here before," said Kelly. "But it’s great. Having another first place let alone at a 6star is just great!"

"The sport is progressing and I just feel honoured to be part of that and part of shaping that," said Kelly. "I love competing. I thrive in this environment. It causes me to rise to the occasion and have great riding come out. I don’t see myself slowing down any time soon," she said.

Behind her was the 19 year old Slovenian rider Cilka Sadar in second and the Norwegian rider Kjersti Ostgaard Buaas in third.

"It’s great to finish in the top three of this 6Star TTR event," said Kjersti. "I found it hard today because of the flat light. I didn’t get to do the tricks I had wanted to, but it’s still a good birthday present for two days ago!" 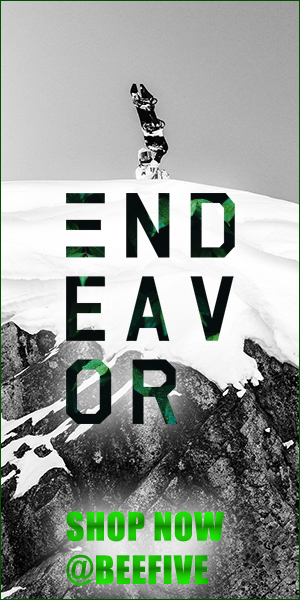