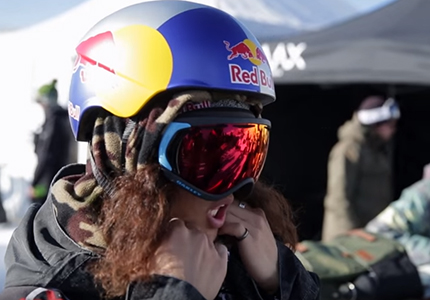 After a heated battle, the twelve slopestyle finalists for LAAX OPEN 2016 have been figured out. Swedish top-rider Sven Thorgren showed the best performance of the day with a score of 89.05. He is followed beneath others by Canadian superstar Mark McMorris, winner of Olympic bronze medal in 2014, who was second best with 88.90 points. Stale Sandbech, winner from previous year Burton European Championships, surprisingly didn’t made it into the finals after falling on both of his runs.

After holding freestyle contests for nearly 30 years, the LAAX OPEN 2016 signals a new era in snowboarding events at Europe’s leading freestyle destination. From January 18 to 24, 2016, Laax is going to crank it up: up on the mountains and down in the valley, the freestyle feeling is taking over. Top-notch snowboarding competitions, powder runs, lifestyle, cultural and culinary delights – with something for everyone, the LAAX OPEN is in a class of its own.