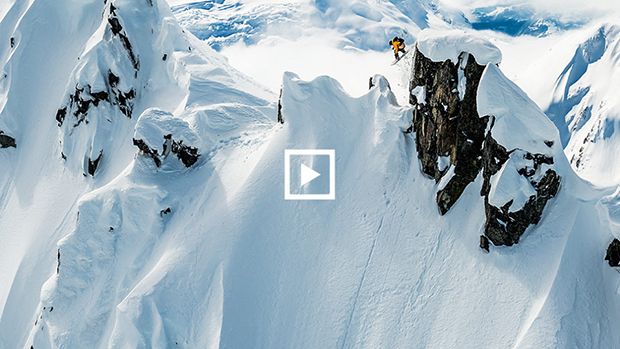 Snowboard films are often born of homogeneity. It makes sense; any creative endeavor needs a theme to unite the work. Insight is a multifaceted project unified by diversity, and the title is quite literal: it is a look into the individuals, locations, and crews that comprise it. The aim is to delve into the lives of those involved, exposing the particular motivations each has to strap in—be it atop a stairset, powder field or couloir.

Victor De Le Rue sought exploration above all else—both geographically and in terms of progression. The chance to take his first major leap without a contest bib is what appealed to Red Gerard. Jason Robinson’s evolutionary season was facilitated by his tiny home on wheels. High-flying Frenchman Victor Daviet had a winter that will put him on the global snowboarding radar once the cloud of snow trailing him has settled. For Elias Elhardt, Insight offered the opportunity for him to film high caliber freestyle riding near Innsbruck, Austria, where he resides. Like Elhardt, Josh Dirksen too sought terrain within close proximity of his home, focusing specifically on the windlips that form in the volcanic ranges just outside Bend, Oregon. Always operating on his own terms, Dylan Alito raucously roamed between Colorado and Finland. Toni Kerkelä’s presence in this project strays from the formula he has built his snowboarding around while his “clip a day” mantra remains. Bjorn Leines has been filming video parts for two decades, and Insight allowed Leines to mentor a new generation while stacking clips of his own. Childhood friends Alek Oestreng, Ståle Sandbech, and Len Jørgensen—collectively RK1—have made a tradition out of a spring park shoot in their native Norway, and Insight documents that along with the history that has led the trio to this point. Bear Mountain represents the birthplace of freestyle snowboarding as we know it, and instead of limiting the film’s emphasis to riders alone, Insight provided a platform to pay tribute to the venue that started it all: the Outlaw Park.

Insight manifests in written, photographic, and cinematic form. What transcends it is influence. Each rider, crew, and location featured was chosen because of the profoundly positive affect they have on snowboarding—some in the past, some predictably in the future, and all in the present.
@TWSNOW #InsightMovie
Featuring: Bear Mountain, Bjorn Leines, Dylan Alito, Elias Elhardt, Jason Robinson, Josh Dirksen, Red Gerard, Toni Kerkela, Victor Daviet, Victor De Le Rue, RK1 (Stale Sandbech, Len Jorgensen, Alek Oestreng), and friends.