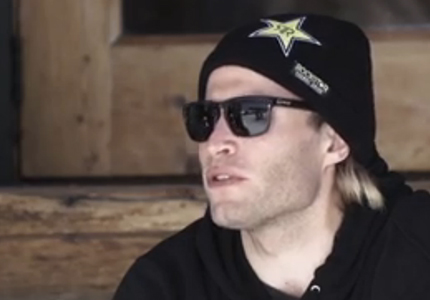 What is Snowboarding? A sport? A lifestyle? An art form? Or, is it something completely different? It’s not a simple question and it has an unlimited number of answers…

Definition: Snowboarding will be an in-depth look into all of the genres of snowboarding through the eyes of those who live it. “We plan to create a film with the support of core snowboarding that will welcome the general public into our lives,” says project director, Matt Devino, “and to share the complete picture of riding rather that just the homogenized competitive X Games style of riding most people associate with snowboarding. Ultimately, we want to inspire new people to go snowboarding for the first time, and reinvigorate current riders to get out there and enjoy their boards more often and continue to live the dream.”

Definition: Snowboarding is two year project to be released in the Fall of 2015. It will include dozens of interviews and document all aspects of riding and the lifestyle that encompasses it. Interviews will be shot over the course of 2014, and exclusive riding footage will be shot during the winter of 2014/2015.

We are on a mission to bring together riders, media, brands, retailers and resorts to describe their vision of snowboarding in an effort to showcase the complete picture of the snowboarding lifestyle. Our intent is not to sell our sport out, but rather to welcome people into the scene by explaining through the words of its leaders why it’s so incredible to be a part of. We are working to rally every individual and the businesses they represent in support of this project as we believe it’s vital to the future of this lifestyle that we all want to spend the rest of our lives invested in.