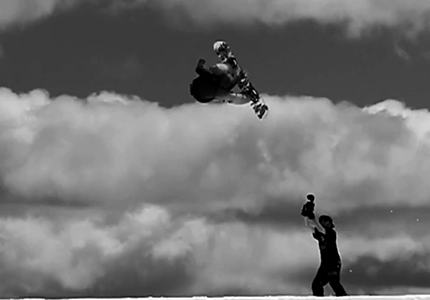 FYVE _ SUPERPARK18 from FYVE BOARD CO. on Vimeo.

The FYVE crew traveled up to Oregon to participate in Snowboardermags Superpark 18 at Mount Hood Meadows. The first day was sick and the weather was proper, sunny skies and warm temps, perfect for sending the booters. The crew managed to get some filming done that day which was fortunate as some obtrusive weather rolled in for the next 3 days in a row. It rained non-stop over the next couple days and the crew got some cabin fever as they were confined to their accommodation. As time rolled by and the weather rolled out, the sun came back and the last day was epic. Jeremy Page was definitely a standout rider in this years super park, throwing all sorts of doubles over the massive kickers. He was awarded the Chelone Miller award for his fearlessness as he charged into all the jumps that superpark had to offer.
Ryan Linnert was also killing it, but suffered a broken collar bone on one of the larger features at super park. He caught his edge on a massive double backside 1080, and that ended his session. We hope that he has a speedy recovery for the upcoming season in Australia/NZ.
Cheers and enjoy the edit!