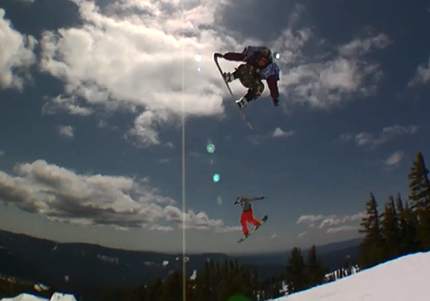 Getting the 686 crew together and heading to SNOWBOARDER Magazine’s Superpark has become an end of the season ritual. After booking the infamous Wilcox cabin in Govy and inviting anyone on the squad that could make the pilgrimage to Oregon, the crew was set! Some rain came in but that’s just another speed bump in the road of life. After the time had passed, the skies cleared and Superpark 18 was just as expected: mayhem. Thanks to SNOWBOARDER Magazine for hosting the event, and a big shout out to anyone that rolled through the house, had a shot of Ole Smoky Moonshine, passed some time or made some hot laps with the crew. ‘Till next year….